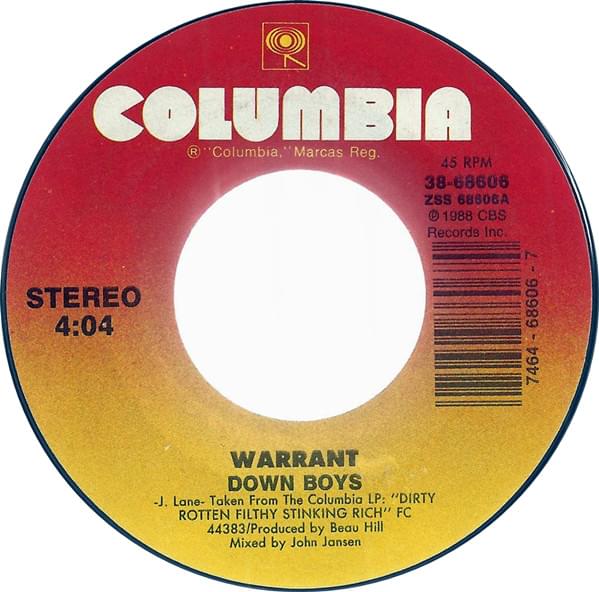 This is the first single from a new glam metal band coming out in 1989. They released “Down Boys” just before the album release of ‘Dirty Rotten Filthy Stinking Rich’, Warrant’s debut record.

They had the look and sound so MTV and Top 40 were ready for them.

“Down Boys” raced up the charts with many thanks to MTV and peaked on the Top 40 at #27!