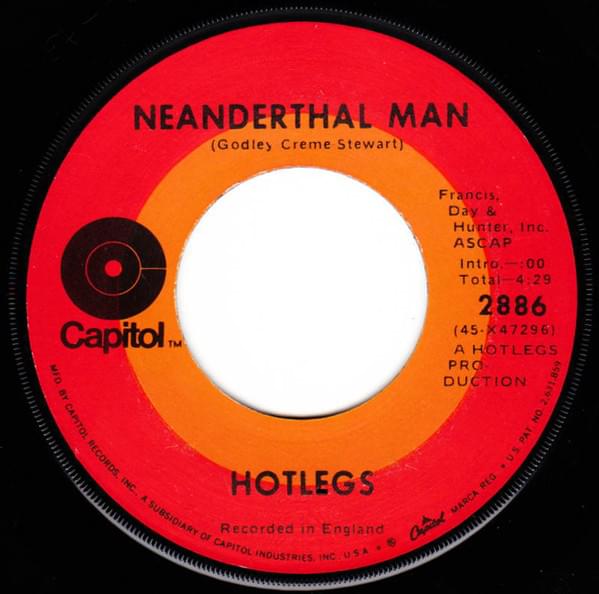 It wasn’t really a song that was ever really written or even planned! It was a drum beat exercise to help find out settings and sounds that the band could create and record with the new Ampex 4-track equipment!!

Kevin Godley set up his drum kit in studio and began banging away on different rhythms and then set on this one. Lol Creme got out his acoustic guitar and sat at the control board and strummed along.

“The whole thing was just an experiment because Kevin wanted to lay all sorts of different drum beats down that he hadn’t recorded before, and there was this crazy sort of nursery rhyme that had just got into our heads.”

“As we laid down the drum tracks, Lol was singing in the studio with Kevin keeping time – and after we’d laid four drum tracks down Lol’s voice came through at a very high level, sounding like something none of us had ever heard before on a record. It really sounded very strange, so we carried on working on the number, adding little bits of piano to it.“