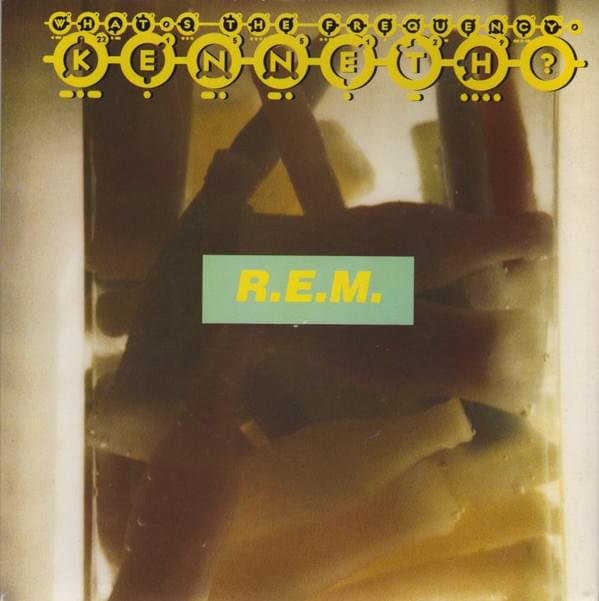 The ‘Monster’ album, released in 1994, had a MUCH harder edge with louder guitars than R.E.M.’s previous album, ‘Automatic For The People’.

I remember working at a rock radio format and playing new stuff from this album like, “Bang & Blame” and today’s F45 – “What’s The Frequency. Kenneth?”

The title comes from the story in 1986, when Dan Rather was jumped and beaten in Manhattan, by a couple of unknown assailants, the first of which kept saying, “Kenneth, what’s the frequency?”

It was later found, alleged assailant, William Tager (who was later found guilty in the murder of NBC stagehand, Campbell Montgomery, right outside the Today Show studios, in 1994), was convinced that TV stations were beaming signals into his brain and wanted to know the frequency so he could shut it off….