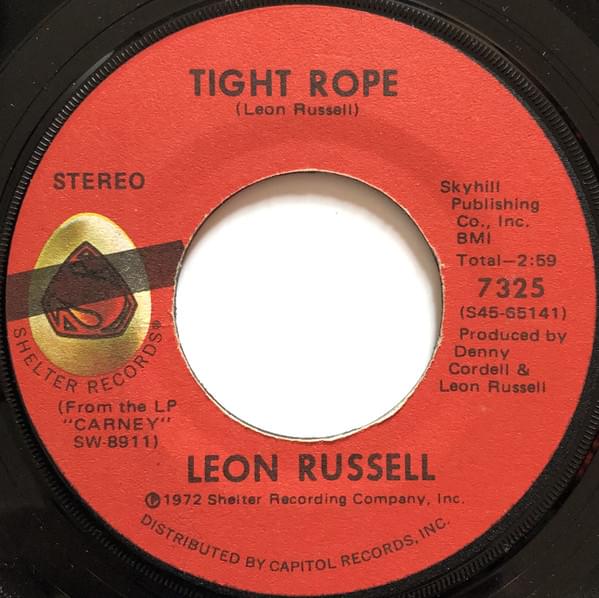 Leon Russell was a unique cat. He’d been playing with EVERYONE and arranging some of the biggest hits for others when he finally decided to record on his own.

He has one of those “down home” kind of voices… not quite southern but certainly a laid back lilt. That’s part of what made listening to his music so enjoyable. It was like listening to your old uncle, who’s been playing guitar his whole life and probably would have made a career of it if someone in the music business had caught him performing. Now, “Uncle Leon” just brings his guitar to all of the family gatherings and picks out tunes to entertain brothers, sisters, cousins, and aunts around the fire pit, late into the night.

Well, Leon was more well-known for his “ragtime” style of boogie-woogie piano playing and it’s the sound of Americana, through and through.

The lead track and debut single (he had other albums released well before 1972, but this is the first “single” he released), “Tight Rope” from his landmark and critically acclaimed ‘Carney’ album, was very well received and people loved it because of that “old-timey” sound he brought back to pop music.