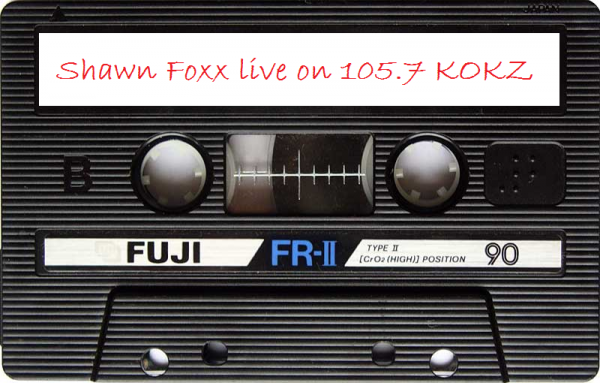 I watched an incredible documentary yesterday on the cassette tape. Before CDs (and well after the commercialization of them), I couldn’t afford the Compact Disc players or discs, but thought they were very cool! Sound-wise, I had no idea and in my teens, I wasn’t the audiophile I am now, so I really didn’t matter to me, either way.

My best-friend in my teens, Dave J., was the first person I knew with a CD player and CDs. This would have been 1986-ish…. I think his step-dad had got him a player and several CDs for Christmas that year and he wanted to show me what they were like. I remember going over to his house, his room was in the basement and he had posters of RUSH and LED ZEPPELIN on his wall, that I remember well. His mom didn’t like me much so I didn’t get to go in to his room very often. When he showed me the Compact Discs, I was enthralled and terribly jealous as I knew we couldn’t afford this kind of thing…. The mirror-like disc with a “rainbow” prism effect when the light hit it right, the “jewel cases” they came in (which I thought was the perfect name for this shiny, expensive new media form.) I wanted these badly, but knew I would be very old before I was ever to be able to afford them, and the players were hundreds of dollars!

I was collecting cassettes and loving them. I also bought lots of blanks so I could record my records and my dad’s records onto them, so I could listen to them on my way to school, riding my bike, walking around DeWitt or wherever, on my walk-man. I had GE boombox radio that I had gotten as a hand-me-down from my cousins, and I took that everywhere with me. If I was hanging with friends, that came out and was used as the main source of entertainment. I also recorded songs from the radio (who didn’t?) and loved recording The Dr. Demento Show, Sunday nights at 9p on 97X!

I had tons of cassettes, factory recorded and personally recorded. I used them primarily until I was in my early twenties, and got a portable CD player, walk-man. I plugged that into my home stereo to listen to CDs as I still couldn’t afford the CD players. But, cassettes were my media of choice for walking around or driving in my car.

I was a master mixtape maker! I made lots of those in my time. Sometimes, there was an art to it… Crafting the perfect playlist of a certain genre, or band, or even tapes of love songs that I would give to girlfriends (or girls that I had hoped WOULD be, if I gave them the perfect “love songs” mix tape that said to them what I was too shy to say out loud). Yeah… There were LOTS of love song mixtapes made over the years…. LOTS!

Then, there were the tapes you recorded your voice on. I started dating a girl in Cedar Falls, who was going to UNI while I lived in Waterloo with a friend, right after high school, and after a few months, I moved back into my parent’s house – 2 hours away. We wanted to keep dating but this was before cellphones were affordable and when long distance charges on landlines were very much a thing and expensive. Only a few times do I remember talking on the phone and when you’re dating and not able to see each other very often, those calls ended up long and expensive. So, I decided to send her “tape letters” with love songs on them and me talking to her and telling her how much I missed her and so on…. There may have even been a couple of “adult fantasy” stories imagined and sent along.

She would do the same and send hers to me and that way we could still hear each others’ voices without it costing an arm and a leg. We did that a few times, back and forth until I met someone at the school I attended for broadcasting, and called her to break it off…. And NO – i didn’t break up with her on a cassette tape! That would have been really stupid of me and, not to mention, cowardly.

After that, I lived my life, as she did as well, and crossed paths with her a couple of times over the years between 1992 and 1997.

I still have one of the tapes that she sent me during the spring or summer of 1992! In fact it was that tape (that I had forgotten I even had) that was the reason I called to find out where she was and how her life was going in the winter of 2002! To make a rather interesting and involved story shorter, I married her, sixteen years and 4 days ago (9/4/2004).

I suggest watching the documentary, “Cassette: A Documentary Mixtape” if you were a cassette user, at all. It talks about how they came about, the invention, the inventors, the people who loved them and still do and the slight resurgence of that medium, even today! I’m not kidding! It’s a nostalgia thing for many who have gone to the cassette and are buying them, but for others, it’s better than anything else out there, to hear music, stories, messages, etc.

See the trailer for the film, below!