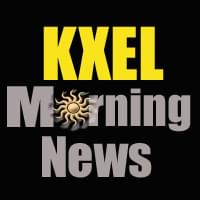 A new monthly survey of bankers shows the economy making some improvement in rural parts of Iowa and 9 other Plains and Western states. The Rural Mainstreet Survey’s overall index was 46.9 in September, up from 44.7 in August and markedly improved since March, when the index bottomed out at 35.5 as the coronavirus pandemic emerged. Any score above 50 suggests a growing economy. More about Iowa’s economic outlook on the Iowa Business Report, tomorrow morning at 7 on KXEL.

Outgoing U.S. Ambassador to China Terry Branstad says he will help Republicans by campaigning in his native Iowa after returning home next month. Branstad also told Hong Kong’s Phoenix Television that he considers the “phase one” trade deal between China and the U.S. as the biggest achievement of his three years in China. Branstad says he will campaign for President Donald Trump, Senator Joni Ernst and others purely as a volunteer.  We’ll hear from Branstad’s biographer, Waterloo-native Mike Chapman, during the 9 o’clock hour of KXEL Live & Local today.

The Iowa State Patrol has identified a Benton Community student as the victim in a fatal accident Wednesday involving a school bus. 16-year-old Mackenzie Kvam was driving a minivan that crossed into the path of a school bus along county road V44 just north of U.S. Highway 30 Wednesday morning. Kvam died in the collision. Five students aboard the bus were hurt but are expected to be ok.

Gordmans stores across the state of Iowa are set to close their doors soon. Stores in Waterloo, Cedar Rapids, Coralville, Davenport, Sioux City, Council Bluffs and both locations in Des Moines will close on September 27. The only store not scheduled to close in Iowa is the location in West Des Moines. Gordmans originally declared bankruptcy in March of 2017 and announced the closure of all of its stores, but announced a month later that they would remain open.

There were 51 people killed in traffic accidents on Iowa roads in the month of August, tied for the highest single-month total in the last decade. So far this year there have been 228 traffic fatalities in the state, slightly behind one year ago at this time. However, earlier this year the state was well behind average as the pandemic shutdown cut down on traffic. The Iowa State Patrol says it is still seeing an increase in the number of speeding tickets issued to drivers going more than 100 miles per hour. Troopers say the spike in those tickets started during the pandemic shutdown, because drivers thought less traffic would mean less of a chance of being caught.

The NCAA Division I Council has proposed a framework to conduct a season in the Football Championship Subdivision, with teams including the UNI Panthers allowed to play up to 8 games next spring and a playoff bracket reduced from 24 to 16 teams. The regular season would run through April 17, followed by playoffs through May 15. The recommendations will be forwarded to the Division I Board of Directors for approval. None of the 13 FCS conferences, including the Missouri Valley Football Conference, are playing league games this fall because of the coronavirus pandemic.

Des Moines police have charged two teenage boys in the death of a 21-year-old man who was shot earlier that day at an apartment complex. The boys, ages 14 and 15, were charged yesterday in juvenile court with first-degree murder and first-degree robbery in connection with the death of Joshua Sebastian Gabriel. Officers were called just after 12:30 a.m. to investigate a shooting at the apartment complex. When they arrived, they found people trying to help a man who had been shot. He was taken to a hospital, where he died. The death was the 19th homicide this year in Des Moines.

The Iowa Supreme Court is refusing to review lower court decisions that invalidated tens of thousands of voters’ absentee ballot requests that were sent by auditors in violation of state mandate. The court issued orders Wednesday denying requests to put district court rulings in Linn and Woodbury counties on hold. The elections commissioners in those counties and Democrat groups had asked the court to intervene, saying thousands of voters could be disenfranchised and inconvenienced if the rulings stand. The court rejected all of their requests. District judges have ruled the counties violated the law by sending absentee ballot request forms to voters with their personal information already filled in.

The University of Iowa says the Big Ten’s decision to have a fall football season will not impact its decision to eliminate four sports programs. Athletic Director Gary Barta last month announced the elimination of men’s and women’s swimming and diving, men’s tennis and men’s gymnastics. He said the cuts were “100% driven by” the coronavirus pandemic, which caused the postponement of football and tens of millions in lost revenue overall. On Wednesday, the Big Ten announced that the conference would have a fall football season beginning in late October. Alumni of the Hawkeye programs that were cut held a news conference to call for their reinstatement. But the athletics department says the cuts are “final” and have been supported by the Board of Regents.

The Iowa Attorney General’s Office has determined a Webster County deputy was legally justified in the Aug. 4 fatal shooting of a woman near Fort Dodge. The Iowa Division of Criminal Investigation announced yesterday that the attorney general’s office cleared deputy Brett Knippel in the shooting of 39-year-old Melissa Halda of Fort Dodge. The shooting happened the evening of Aug. 4 when officers were called to a home and told a woman was armed with two knives and was suicidal. Halda threatened the officers with the knives and moved toward them. Knippel fired five times, striking Halda with four bullets and killing her.