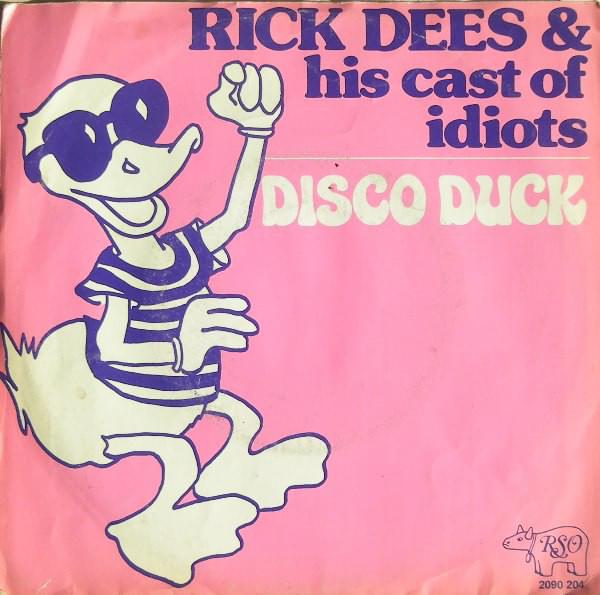 Sometimes, it’s kind of sad that a band or artist only had one hit. Many of the band’s music or artists’ songs were really good, but for whatever reason, nothing else stuck with listeners…

But sometimes, a One-hit wonder had a big hit and should never be let have another, as in this case!

Memphis radio DJ Rick Dees recorded and released, “Disco Duck” onto the airwaves in 1976 and… well….. cocaine’s a helluva drug….

It was so popular, it went to #1 on the Hot 100 AND made the Top 20 on the Hot Soul Singles chart, peaking at #15! It was also and award winner, getting the 1977 People’s Choice Award for Favorite New Song!