Marvin Gaye – Got To Give It Up 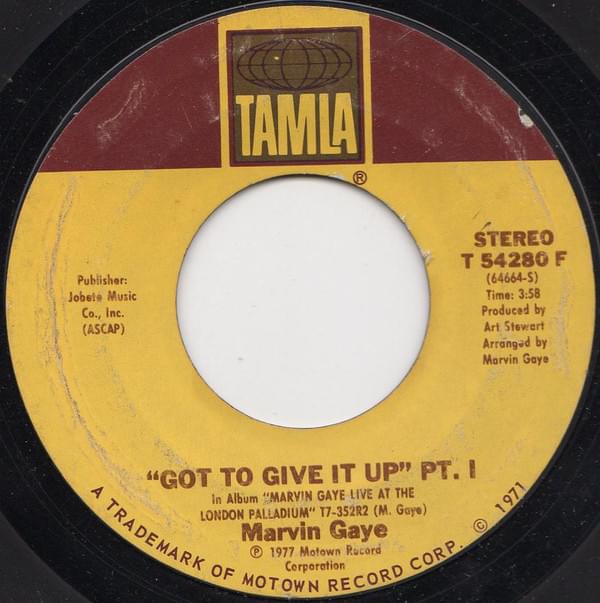 When Marvin Gay’s record label asked him to record some disco songs at the height of the disco era in 1977, Gaye wrote “Got To Give It Up (Parts 1 & 2)” as a response. He hated disco music and found it soulless and vapid and vowed never to record a song that way.

Little did the record company, Tamla, know how well the response would become!

Good thing too, as Gaye had a rough 1976, plagued with lawsuits. He was sued by former bandmates, went through a divorce from his first wife and due to other financial struggles that year, was almost incarcerated for trouble paying child support.