Celebrating what would have been David Bowie’s 74th birthday!

David Bowie – Never Let Me Down 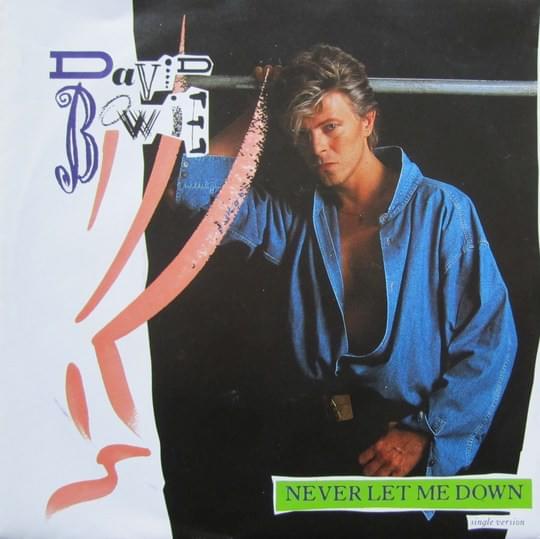 “Never Let Me Down” was released as the third and final single of the 1987 album of the same name.

Considered one of Bowie’s best songs, although underrated, “Never Let Me Down” had someone in mind when it was written.

Bowie’s long-time personal assistant, Coco Schwab, was considered his shadow by bandmates and friends. While there was no sexual relationship to speak of, Bowie says:

“It’s platonic. But there is a romance in it, I guess, inasmuch as it’s hard for two people to feel totally at ease in each other’s company for that period of time and not expect too much from each other. Always being prepared to be there if the other one needs someone, you know? There’s not many people you find in life that you can do that with, or feel that way with.”

This song was also the first David Bowie CD single released by EMI in 1987.