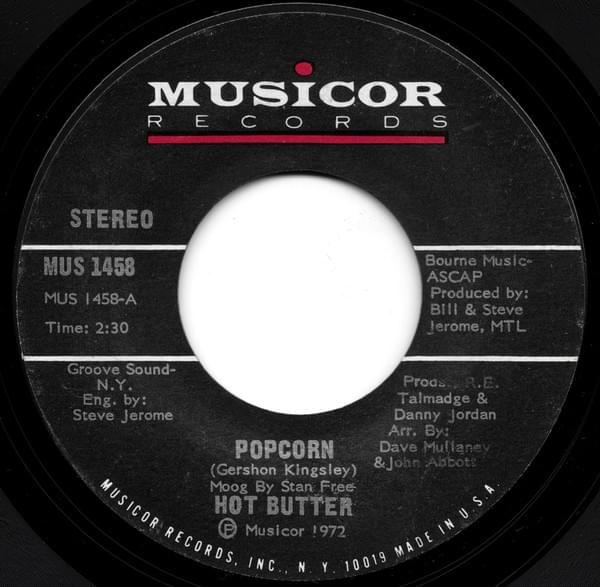 Originally released in 1969 as a very early synth-pop instrumental by Gershon Kingsley, it is wider known as a Top 10 hit in the U.S. by Hot Butter!

Hot Butter, being the name of the group, who else would do a song called “Popcorn” justice?

This became a world-wide hit where it peaked at #15 or higher across the globe!