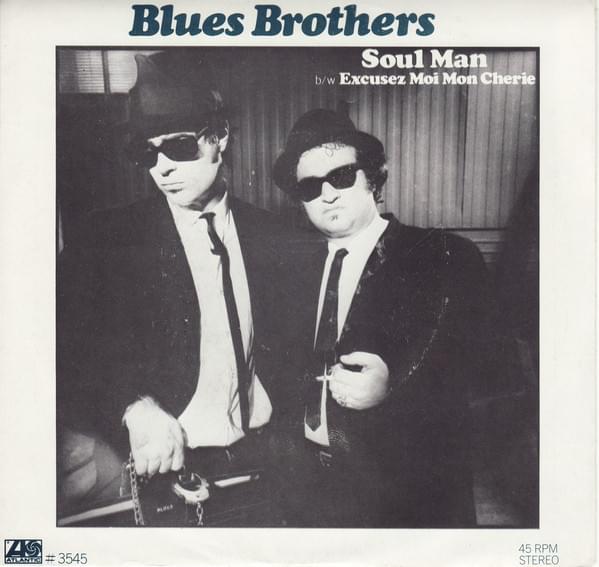 In 1978, John Belushi and Dan Akroyd created a fictional duo who lived the blues and R&B music. They opened an episode of Saturday Night Live as The Blue Brothers, singing and performing classic R&B songs like “Hey Bartender” and the Sam & Dave hit, “Soul Man”!

The band that backed them up included legends like Donald “Duck” Dunn, Steve “The Colonel” Cropper, both from Booker T and The MG’s, former Blood, Sweat & Tears trombone and sax player, Tom Malone, as well as piano player/arranger, Paul Shaffer, among others!

They were so popular, they recorded as “the real” Blues Brothers and released their debut album, ‘Briefcase Full of Blues’ in 1978 and their cover of “Soul Man” hit the Top 40, peaking at #14! Of course, this growing popularity and subsequent SNL appearances spawned a movie directed by John Landis, The Blues Brothers in 1980 that became a classic.