Pete Wingfield – Eighteen With A Bullet 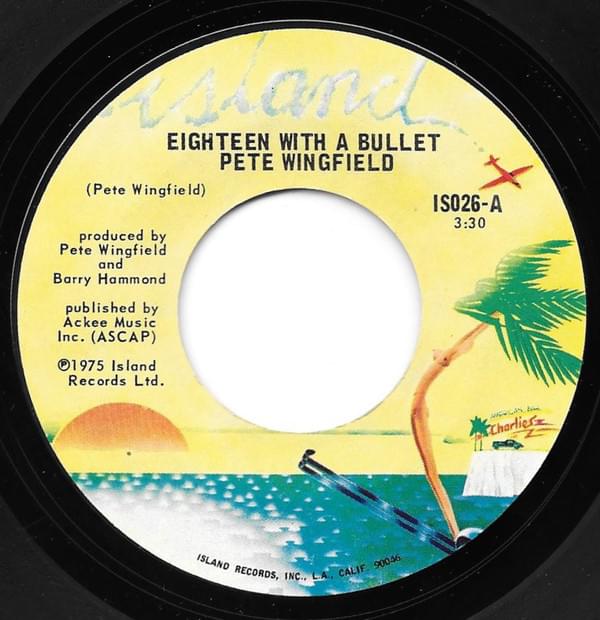 This Englishman has done more than many artists, being a record producer, musician, songwriter, journalist and has recorded with many well-knowns like Alan Parsons, Albert Lee, B.B. King and The Zombies Colin Blunstone!

Pete Wingfield hit the charts in both the U.K. and U.S. in 1975 with a pop/doo wop song, “Eighteen With A Bullet”, referring to the phrase when a song climbs the charts quickly. The song became foretelling when it DID hit the #18 spot in late November, 1975, after hitting the Hot 100 in just August of that year! Eventually it peaked at #15 a week later as was soon forgotten.