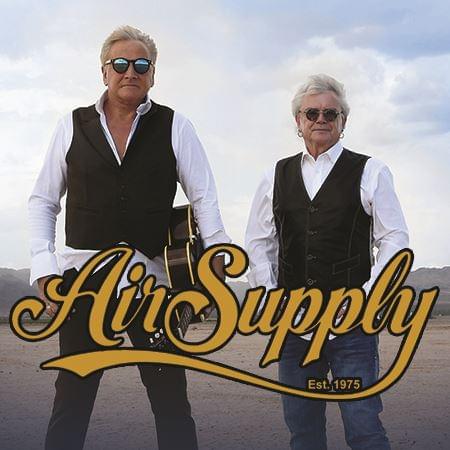 For the first time in nearly 38 years, legendary pop group AIR SUPPLY will return to the Five Flags Center! AIR SUPPLY formed in 1975 when Graham Russell and Russell Hitchcock met during rehearsals for a stage production of “Jesus Christ Superstar” in Australia. After mild success in Australia in the late 1970s, the group broke out in the United States in 1980 with the release of their album ‘Lost in Love,’ which sold more than three million copies. They followed that up with two more platinum albums – 1981’s ‘The One That You Love’ and 1982’s ‘Now and Forever’ – plus their gold-certified self-titled effort in 1985.

AIR SUPPLY was one of the most successful groups of the early 1980s on the singles charts. They hit #1 in 1981 with “The One That You Love” and reached the Billboard Top 10 more than a half-dozen other times, with signature songs like “All Out of Love,” “Lost in Love,” “Even the Nights are Better,” and “Making Love Out of Nothing At All.” In addition, the group reached the Top 40 of the Adult Contemporary chart fifteen times, most recently in 2010 with both “Dance with Me” and “Faith in Love.”

AIR SUPPLY last graced the Five Flags Center stage in July of 1982, while supporting “The One That You Love.” That show followed another Five Flags performance by the group just ten months earlier. The two shows drew a combined crowd of more than 6,600 people!