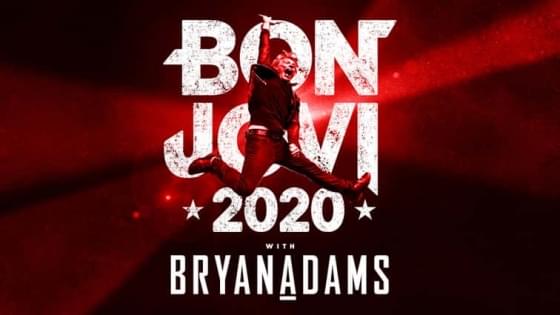 Due to the ongoing global pandemic, it is no longer feasible for Bon Jovi to tour this summer.  Given these difficult times, we have made the decision to cancel the tour entirely.  This will enable ticketholders to get refunds to help pay their bills or buy groceries.  These are trying times. You’ve always been there for us and we’ll always be there for you. We look forward to seeing everyone again on tour when we can all safely be together.  We will continue to send out news and updates on Bon Jovi touring in the weeks and months to come.

Rock and Roll Hall of Fame band BON JOVI has broken every touring record imaginable, topped every chart, and received every accolade, and now has their sights set on kicking off 2020 with new music and touring. The Grammy Award winning band announced the Bon Jovi 2020 Tour, presented by Live Nation, will start in the U.S. this June and play arenas across America.  The Bon Jovi 2020 Tour will feature Bryan Adams.

Recently named by Pollstar as one of the top touring bands of all time with nearly 10 million tickets sold in just the last decade alone, the magazine said:  “One can count on one hand the number of rock bands that broke out in the 1980s that are still successfully touring today, but doing so with fresh, new music that retains the authenticity that is at the heart of the best in rock ‘n’ roll.”
Jon Bon Jovi has spoken in recent interviews of the depth and breadth of a forthcoming album, set for release later this year from Island Records.   Fans will get exclusive access to that album; every ticket sold includes one CD copy of Bon Jovi 2020.