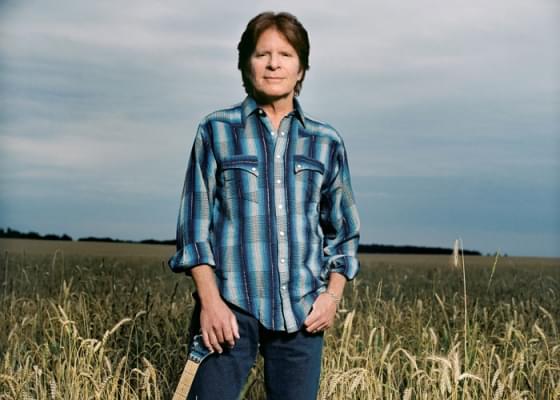 John Fogerty is a true American treasure. As leader of Creedence Clearwater Revival, Fogerty forged a distinctive, groundbreaking sound all his own, equal parts blues, country, pop, rockabilly, R&B, swamp boogie, and Southern fried rock ‘n’ roll, all united by his uniquely evocative lyrical perspective. Fogerty is a Grammy winner and has been inducted into the Rock & Roll Hall of Fame as well as the Songwriters Hall of Fame. He is the only musician to be inducted into the Baseball Hall of Fame for his song, “Centerfield,” a staple at baseball stadiums across the country. Among Fogerty’s many hit songs, both as a solo artist and as leader of CCR, highlights include “Centerfield,” “Proud Mary,” “Susie Q,” “Fortunate Son,” “Born on the Bayou,” “Bad Moon Rising,” and “Have You Ever Seen the Rain,” among many others. In 2019, Fogerty celebrated 50 years in music with a worldwide tour including a return appearance at Wynn Las Vegas’ Encore Theater. His all-new show, “My 50 Year Trip,” a tribute to the 50th anniversary of Woodstock, features a collection of Creedence Clearwater Revival (CCR) hits, including songs from the set list of his performance at the legendary Woodstock music festival in 1969 among other fan favorites. His new album, “50 Year Trip: Live at Red Rocks,” was released on November 8, 2019.

Tickets are $85, $75 or $35 plus tax and an online/phone ticketing fee (this fee is waived when tickets are purchased in the Gift Shop). Tickets are on sale in the Gift Shop, by calling 877-677-3456 or online at http://tickets.riversidecasinoandresort.com/. Ticket limit is eight per person.

Gates open at 6:30pm and the concert starts at 8pm. Reserved seating is provided in Tier 1 & Tier 2. Guests in the Tier 3 general admission section are welcome to bring a lawn chair. Seating is not provided in Tier 3. No outside coolers or beverages allowed. Per the Iowa Smokefree Act, smoking is not allowed on the concert grounds. Concert open to all ages.