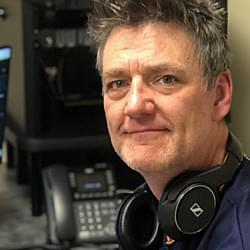 Picture a serious city council meeting with serious things to be done.  It also looks a bit boring.  …until, boredom is broken with the breaking of wind. You’ll hear it toward the beginning as well as the end.  Let’s go to the video!!    … END_OF_DOCUMENT_TOKEN_TO_BE_REPLACED

Ya wanna know what’s going on in the world?  Listen to this man.  Honestly!  During the first listen you’ll be thinking, “this guy’s crazy and speaking nonsense”.  The second time through really listen to what he’s saying.  I know I couldn’t explain it any better.  Check it out and see for yourself.  … END_OF_DOCUMENT_TOKEN_TO_BE_REPLACED

Watch as this bald eagle become a bald-faced thief!  It’s cool they got this all on video!! (A few words are nsfw)… END_OF_DOCUMENT_TOKEN_TO_BE_REPLACED

A definite bright spot to this whole messy, awful covid 19 pandemic has been the Isolation Performance. Many classic artists have been doing them, none better than the Doobie Brothers. Their latest, Listen to the Music is a fantastic performance as they raise money for FeedingAmerica.org. It’s hard to believe they’re just playing in their…… END_OF_DOCUMENT_TOKEN_TO_BE_REPLACED

If we’ve had even a small hand in keeping you SANE during the pandemic, I’m thrilled about that . . . A new survey found 81% of Americans have used MUSIC to help cope with the added stress of the lockdown. 85% said listening to music while driving puts them in a better mood. I’m…… END_OF_DOCUMENT_TOKEN_TO_BE_REPLACED

A little girl asked her dad to come splash around in a puddle with her, so he did. I know a lot of dads would just say no not wanting to get their shoes wet. This is not one of those dads. I hope he gets a real nice Father’s Day present this year.… END_OF_DOCUMENT_TOKEN_TO_BE_REPLACED

I was interviewed as part of a story on COVID-19 “long haulers”.